The Amazing Health Benefits Of Fiber

Food And Nutrition Tips You Need During Self-Quarantine

The Amazing Health Benefits Of Fiber You Need To Know About:

What is Fiber?
In this article you will know about amazing health benefits of Fiber Foods. Healthy food that consists of enough amount of fiber has amazing health benefits. The old saying “Eating an apple a day and keep the doctor away” is more true than many public realize. Foods high in fiber – like apples – can cut the risk of a number of diseases. Fiber is that part of plant-based food which is indigestible. Unfortunately in many modern refined foods that fiber is processed out. That is a major problem as a fiber rich diet can result in a range of health benefits of fiber. 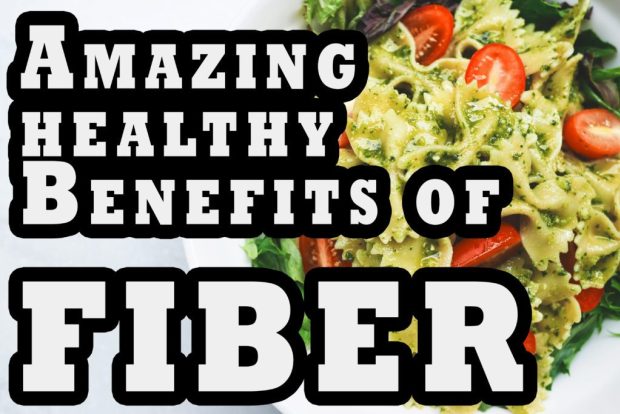 Heart disease is a huge problem in our modern fast food loving society. In the United States it kills more people than any other disease. In fact one person dies every ninety seconds because of heart disease. Similar statistics have also UK. One of the best ways to cut the likelihood of heart disease is a diet rich in fiber. In a 2013 clinical study published in the BMJ it was shown that eating an extra seven gram of fiber a day reduced the risk for both coronary heart disease and cardiovascular disease.
There are a number of reasons why scientists believe fiber helps prevent heart disease. The simplest explanation is that by eating fiber rich foods you aren’t consuming a less Healthy Food. People who are eating plant-based foods high in fiber are less likely to be eating fattier, high calorie alternatives. This theory states that its not so much the health benefits of fiber itself, but rather that you are avoiding unhealthy foods.
Other studies suggest that fiber’s cardiovascular boosting effects come from the fact that it binds with cholesterol in the intestines. When fiber is converted into a paste like mixture in the digestive tract it sticks to cholesterol. This prevents the cholesterol from being absorbed by the body. Not everyone believes in this idea however. Some scientists argue that there isn’t enough evidence to support the idea of the cholesterol binding theory.

Another reason, fiber may help prevent heart disease as to do with maintaining a healthy weight. Staying slim is one of the keys to having a healthy heart. High fiber foods are low in calories but they take longer to eat. This means that you start to feel full faster and you stay feeling full for longer.
There are a number of different ways that fiber can positively impact your digestive health. A fiber rich diet can help relieve acid reflux, inflammatory bowel syndrome (IBS) and diverticulitis. One of the main ways that fiber helps with digestive health is by bulking up stools and ensuring that food moves smoothly through the digestive tract.
Fiber is also important for encouraging the growth of healthy bacteria. Certain types of fiber known as prebiotic’s act as a fuel for healthy bacteria called probiotic. These bacteria in turn support your digestive health. There is also evidence that probiotic can prevent allergies and improve your body’s natural immune system. Another common digestive problem is diverticulitis. This is where the intestines rupture and then become infected.
A high fiber diet may help to cut the likelihood that diverticulitis will occur. Some studies suggest that certain types of fiber may be able to relieve the symptoms of Irritable Bowel Syndrome (IBS). These fibres include guar gum, psyllium and methylcellulose. But it is important for sufferers of IBS to avoid high fiber wheat brain as this appears to exacerbate the symptoms of IBS.

Research form the American Institute For Cancer Research suggests that fiber rich foods can lessen the risk of correctional cancer. The reason for this is that the more fiber that you eat the less time toxins spend inside of your body. Fiber contains phytochemicals which can protect the body’s cells from becoming damaged. This in turn can cut the likelihood of cancer. Also as noted earlier people who consume a high fiber diet tend to consume fewer calories. This leads to a healthier body weight which in turn reduces the risk of cancer.

Another of the significant health benefits of a fiber rich diet is preventing and managing diabetes. Fiber can help to control blood sugar levels by slowing the process by which the stomach empties. Fiber also limits the entry of glucose into the bloodstream which reduces the way blood sugar levels rise after a meal. For people with type one diabetes this may mean cut the need for insulin injections. It can also help to lessen spikes in blood sugar levels. Each time the blood sugar levels spike pancreas produces insulin. Over time this can lead to type Two (2) diabetes. Type 2 diabetes is in turn a lading cause of heart disease and strokes.
There are several health benefits of fiber that can be stated here. A high fiber diet can keep you slimmer and significantly cut some of the most serious and common modern diseases. Adding foods rich in fiber, including vegetables, nuts and seeds, leads to a number of health benefits and improvements in your overall well-being. With so many delicious high fiber foods available there really isn’t any reason not to make the switch to a high fiber diet.
Share

Ramadan Is Right Around The Corner: Are You Ready?

Powered by WordPress | Designed by TieLabs
© Copyright 2021, All Rights Reserved